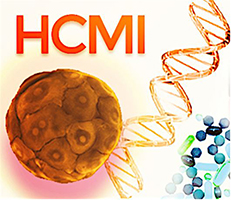 As a contribution to efforts in precision oncology, the National Cancer Institute’s (NCI) Human Cancer Models Initiative (HCMI) is developing next-generation (next-gen) cancer models, which include 3D organoids, neurospheres, 2D adherent, and conditionally reprogrammed cells. These next-gen models are derived from a variety of cancer types including poor outcome cancers, rare cancers, and cancers from ethnic and racial minorities, as well as pediatric populations. HCMI was founded by the NCI, Cancer Research UK, Hubrecht Organoid Technology, and Wellcome Sanger Institute to develop about 1,000 next-gen cancer models. The next-gen cancer models are annotated with molecular characterization data, as well as clinical data to address challenges of traditional cancer cell lines. The goal of HCMI is to provide the research community with a rich resource of diverse, fully annotated next-gen models (NGCMs) to better study disease biology.

Historically, traditional cancer cell lines have provided a platform to conduct large scale studies, such as investigating molecular regulations of cancer cell growth and progression, identifying genetic and biological markers, and predicting drug sensitivities. The Cancer Cell Line Encyclopedia, a repository of cancer cell lines with associated molecular data and analyses, is a valuable resource of over 1,100 cell lines generated from numerous cancer types. Another resource is the Cancer Therapeutics Response Portal (CTRP) which houses a large dataset of quantitative small-molecule sensitivity data of cancer cell lines. This resource could be used to mine for lineages or mutations, enriched among cell lines, that are sensitive to small-molecules and identify new therapeutic vulnerabilities. The next-gen cancer models aim to address limitations of most available cell lines such as poor or unknown representation of the cellular architecture of the original tumor, heterogeneity of cell types and  genetic drivers of cancer subtypes1.

Identifying an optimized culture medium for each cancer and tissue type is critical for successfully growing next-gen models which retain their originating tumor characteristics. According to Ince and colleagues, ovarian tumor cell lines grown in standard culture media: “(1) had very low success rate (less than one percent) [sic of being established in culture], (2) had long lag times for the first passage, (3) could only be propagated for up to 15 passages and (4) lacked the phenotype of original tumor”4. The authors developed 25 diverse ovarian cell lines using optimized culture media compositions for each human ovarian cancer subtype. The resulting ovarian cancer cell lines retained the genomic landscape, histopathology, and molecular characteristics of the original tumors from which they were derived. The expression profiles and drug responses of these cell lines were also found to correlate with patient outcomes4.

Next-gen models have been shown to be excellent research tools to carry out ex vivo experiments as they recapitulate the biology and tissue architecture of primary tumors. A few examples of applications of next-gen models in research include studying disease progression, identifying genomic and molecular drivers of diseases, and screening compounds or small molecules for treatment sensitivity and/or resistance.

The results summarized above, are just a few examples of important outcomes using the NGCMs.  The models have a great potential in research to improve our understanding of cancer etiology and the improvement of treatment outcomes.

The advantages of using HCMI’s NGCMs over traditional cell lines include the availability of clinical data such as patient and tumor information, histopathological biomarkers, and molecular characterization data.  The comprehensive data increase accuracy in identifying driver mutations and targeted therapies in various cancer subtypes. If interested in using the next-gen models developed by HCMI, visit the HCMI Searchable Catalog to query and browse available cancer models based on a subset of clinical and molecular data. Currently, the catalog includes 35 NGCMs that are from the brain, bone, bronchus and lung, colon, pancreas, stomach, and rectum. Standardized protocols and optimized cell culture media formulations for model growth and expansion for each model are available through the third-party distributor, American Type Culture Collection. These HCMI resources should facilitate the repeatability and reproducibility in growing human cancer models specific to each cancer type. The model-associated genomic and clinical data are quality-controlled and harmonized at multiple checkpoints for reliability of associated data, and are available publicly at NCI’s Genomic Data Commons. HCMI next-gen models with associated data provide the research community with a valuable resource to accelerate the translation of research findings to precision oncology.